A clearance rate of 71 per cent was recorded this weekend compared to 68 per cent last weekend and 64 per cent this weekend last year. There were 953 auctions reported to the REIV this weekend, with 675 selling and 278 being passed in, 134 of those on a vendor bid.

Family homes in inner and middle Melbourne showed the highest median price growth in the 12 months to September, with increases of about 15 per cent for four bedroom houses. 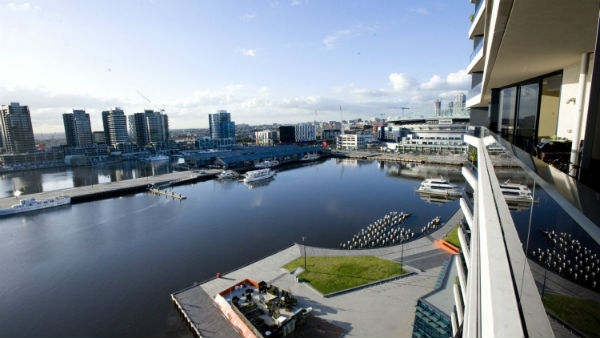 Sorry I just couldn’t help myself!

Congratulations and such a well-deserved win to an unlikely hero Michelle Payne. I actually won the family sweep after having been given what I thought was a donkey in Prince of Penzance, although I acknowledged it was the sentimental favourite, but who would have thought? Anyway, Michelle, in her unique way, did so much for women’s racing and also for the human spirit, to believe in dreams.

Unfortunately the dream or hope that the Reserve Bank would cut rates and help spur on the property market evaporated at 2.30pm Cup Day when the announcement of “no change” was made. Why? It was the old rhetoric of “steady as she goes” by Governor Glenn Stevens. This was the unexpected pain on the day!

Sources have it that he has a hotline to US Chair of the Federal Reserve Board and knew that the latest 271,000 jobs created in the US will lead to a rate cut as soon as December. This would see the Australian dollar fall against the US currency, in affect a rate cut without having a rate cut. Our exporters would reap the benefits and expats and foreigners will benefit from cheaper housing.

Our property market was pretty ordinary over cup weekend (66% clearance rate), we launched two properties on the market last week and although we had very good numbers through the opens for both cup weekend and this weekend, other properties in the area didn’t fair so well.
It’s much of the same, buyers are seeking quality properties at the expense of others. The fewer buyers hoping to snag a home are being very selective, especially in some markets where stock levels of certain type of homes have exploded.

Having said all that, a jump in the clearance rate to 71% is substantial, considering last week’s 66% result and compared to the previous year of 70%. This result is strong when you consider the volumes (over 950) for the weekend, so at this stage it looks like the property market is holding up in Melbourne. Vendors are meeting the market on price and the property market appears to be more balanced, so don’t panic yet.

On the back of increased stock levels and lower clearance rates the previous week, I had a couple of my buyers ask me, “Peter is this a good time to buy a property?” My quick explanation to them was as I have said before, “you should buy a property when you can afford it’. When the market turns, so too does the amount and quality of property on the market. Vendors don’t sell homes if they don’t have to. Credit is squeezed and lending gets tougher, interest rate rise, employment conditions and the economy start suffering and everyone feels somewhat poorer, it’s the opposite to the “wealth effect”.

In short, this is a good time to buy a property, provided its the right one and you can afford it. Don’t speculate on an investment property in the hope you will make $100,000 over the next 6 months. Buy property for the long-term otherwise, don’t bother! Also make sure you build in buffers and conduct a stress test on your finances. What would happen if interest rates were to rise 2-3%, could you comfortably hold your shiny new purchase or will you be forced to sell?

The secret to building equity in your investment occurs when you manage to hold onto your asset for 15-20 years, this means no forced sales!

Make sure you review all your insurances, income protection, life insurance and wills. The last thing you want to do is have something unforeseen happen and you hve to sell assets at any price. Don’t have your best intentions to build wealth become a nightmare because you are unprepared for the worst.

The Most Liveable Suburbs

Some great reading in the Age over the weekend was an article published about Melbourne’s most liveable suburbs. To my surprise five of the top 10 suburbs were ones we target for our investor clients, good news!

For me the only surprise was how high the suburb of North Melbourne was ranked, considering the median price of a two bedroom unit in the area and the amount of commercial property still evident.

Deloitte teamed up with the Age to conduct the study and used the following 15 indicators to rank the suburbs: proximity to the coast, closeness to the CBD, train and tram and bus services, road congestion, culture, education, shopping, public open space, tree cover, topographic variation, cafes, restaurants and crime.

Having grown up in Ivanhoe I’ve been a big fan of the area and have bought property personally, as well as for my clients. This latest report vindicates Ivanhoe’s top 10 position and justifies the five-fold increase in median prices since 1996.

Most people wouldn’t know where Ivanhoe sits on the map of Melbourne but it has a lot of charm and, according to the study, has much liveability about it too!

Worth pointing out were areas heavily promoted by other advocates, all of them a long way from the top 10 – Elwood, Kensington, Flemington, Richmond and Hawthorn, to name a few. 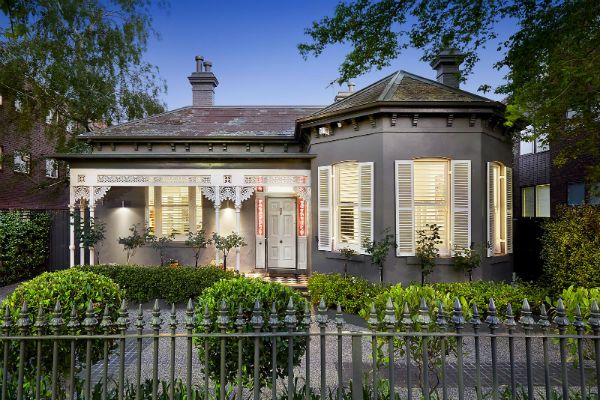 Over the weekend I was in another top 10 suburb, the posh Armadale. Boasting incredible and easy access to the CBD, shopping strip, cafes and restaurants, it also has very expensive homes and units alike.

Number 12 Denbigh Road was one of those homes which oozed character and style and of course expensive taste. The architectural renovations done on this Victorian beauty were of the highest standard. The bedrooms large, plush carpets throughout and family living area rich in style and class would even make me feel at home, not that I have expensive taste! Read more…